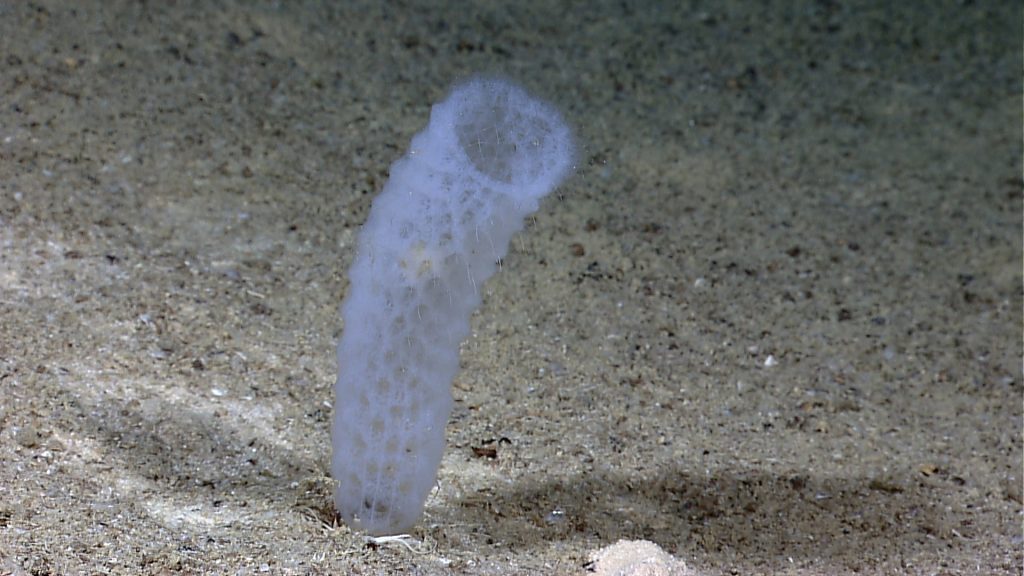 In every biology textbook, Darwin’s finches remain a staple introduction to the concept of speciation and adaptive radiations.  Considered part of the tanager family, these fifteen species native to the Galapagos Islands evolved from a single ancestor 2 million years ago (Lamichhaney et al. 2015).  Since then, many examples of species flocks, or groups of species that have a common ancestor and are endemic to a given area, have been identified in terrestrial habitats.

Species flocks may develop after rare colonization events, say when a species arrives on an island with abundant resources and little competition.  The extreme isolation of these new habitats drives the radiation of possibly hundreds of species from these ancestors.

In addition to the characteristics of radiation and endemicity, members of a “true flock” must also be dominant in their habitat and be ecologically diverse (Lecointre et al. 2013).

But what about the oceans? Is it possible to establish this level of extreme isolation for animals that potentially have access to the entirety of the world’s oceans?

Marine species flocks do exist, although the numbers of species within the flock seem to be far below those of terrestrial flocks.

In a synthesis by Bowen et al. (2020), many of the characteristics of marine species flocks are explored in order to determine how they possibly develop and also why they consist of so few members.

The authors describe one of the only groups of marine sponges that can be considered a true flock.  With a total of five species, the Rossella glass sponges are found in the Weddell Sea of Antarctica.  This species flock may have arisen after isolation events like the opening of the Drake Passage approximately 30 million years ago.  This separation of Antarctica from South America resulted in the creation of the Antarctic Circumpolar Current (ACC) (Scher and Martin 2006).  This current could have reduced the chance for dispersion of larvae, thus enforcing the isolation of these species.

Members of another highlighted flock, the Vermetid gastropods (tube or worm snails), lack a planktonic stage and their larvae must crawl away to find a permanent surface on which to attach.  Much like a terrestrial species, a low dispersal capacity paired with geographic barriers results in the isolation necessary for a flock to develop.  This particular characteristic of reproduction is possibly a reason why marine flocks seem rare or consist of fewer numbers—most ocean dwellers are not limited in the distance they, or their young, can travel.

Sometimes the development of a species flock is less about the traits of the species and more about geographic location.  For Instance, lakes and oceanic islands are hotbeds of radiations for freshwater and terrestrial species.  Is there an analogous situation for marine species?

Bowen et al. (2020) identify the Antarctic continental shelf and Southern Ocean as a potential location for marine species flocks where ocean currents (such as the aforementioned ACC) and low temperatures form a barrier of sorts.  Populations surviving after the last glacial maximum could have formed the basis of these species flocks.

One species, the cod icefishes, lack a swim bladder and so spend their time on the ocean floor.  It’s hypothesized that this species gained habitat dominance by way of antifreeze glycoproteins.  These proteins allow them to live in subzero temperatures, a clear advantage in the icy Southern Ocean.

Can marine species flocks form without a physical barrier?  One candidate cause identified by the authors is host-switching, a change in host species preference that has

been associated with evolution in many symbiotic species. Using mitochondrial DNA, Faucci et al. (2007) performed phylogenetic analyses on sympatricPhestillaspecies, a genus of coral-feeding nudibranch.  Their results revealed these species to be derived from a common ancestor and that speciation could be attributed to host-shift.

Given the numerous examples reviewed in this synthesis, it would seem that the same evolutionary devices are at play under the sea as on the land—unique adaptations enabling the settlement of new environments, exploitation of uninhabited areas, and limitations on the distance individuals and their offspring can travel.

It seems species of a feather, or a fin, do indeed flock together. Rebecca Thrash wrote this post as part of Dr. Stacy Krueger-Hadfield’s Science Communication course at the University of Alabama at Birmingham.  Rebecca’s love of learning about science and sharing that exciting information with others made the decision to take on this blog post an easy one! She is currently pursuing an Education Specialist degree in Secondary Biology while teaching AP sciences at the Alabama School of Fine Arts.