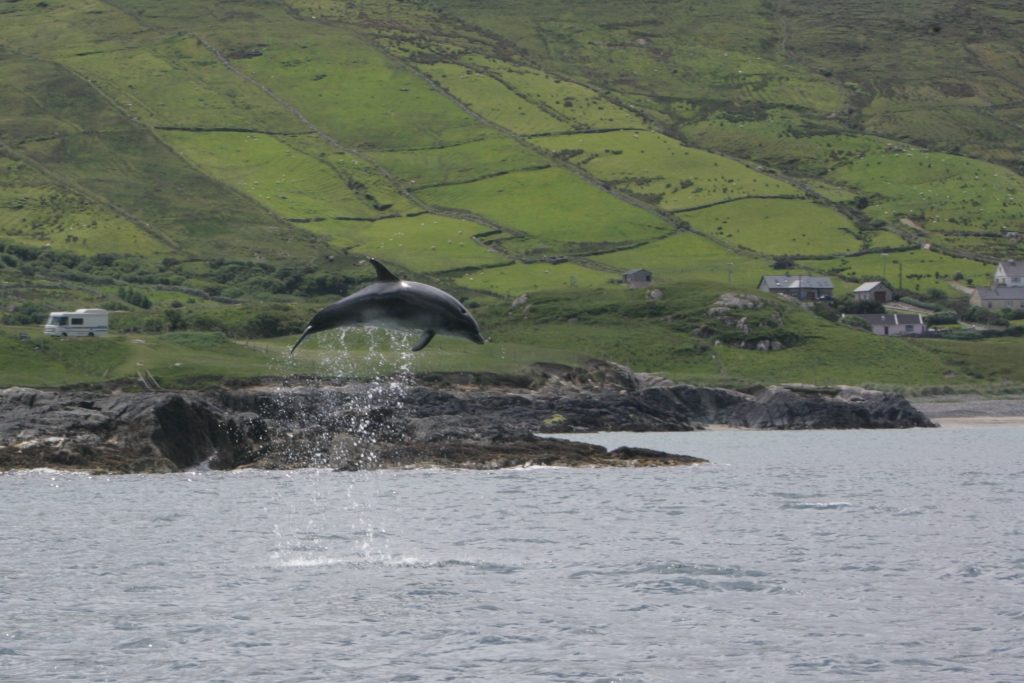 Around 20,000 years ago at the end of the Last Glacial Maximum (LGM), the vast ice sheets that covered much of the Northern Hemisphere began to melt, opening up new habitats for marine species. We tend to think of intertidal and subtidal taxa expanding following the LGM, but mobile taxa did as well.

For example, today, bottlenose dolphins inhabit coastal and pelagic waters in every region except for polar regions, but when did this expansion occur? Using the AquaMaps modeling system, Nykänen et al. (2019) predicted that, roughly 20,000 years ago, bottlenose dolphins lived throughout the lower Atlantic, below 42°N in the west and around 40°N in the east, and the Mediterranean Sea.

Using 86 complete mitochondrial genomes, Nykänen et al. (2019) determined that, roughly 15,000 years ago, a founder event occurred, in which members of the pelagic population in the lower latitudes of the Atlantic diverged, migrating long distances to coastal regions of the northeastern Atlantic. This migration is an example of a leading-edge range expansion, which is characterized by reduced genetic variability that we see to this day.

As for the Mediterranean population, a similar event seems to have occurred roughly 7,900 years ago, when the Black Sea became accessible via the formation of the Bosporus Strait.

So, now that we know how bottlenose dolphins expanded to their large range seen today, it brings up the question, where will they go next in the ever-warming oceans of the future? Raven Edwards wrote this post as a project for Dr. Stacy Krueger-Hadfield’s Evolution course at the University of Alabama at Birmingham. She is a Master’s student in Dr. James McClintock’s lab where she is studying the growth of variegated sea urchins at various stages during their lifespan. This will give further insight into the use of the species by fisheries as well as under near-future climate change conditions. Raven completed a B.S. in Biology at the University of Alabama at Birmingham. Throughout her life she has been passionate about all animal species and hopes to one day inspire this passion in others as a professor.