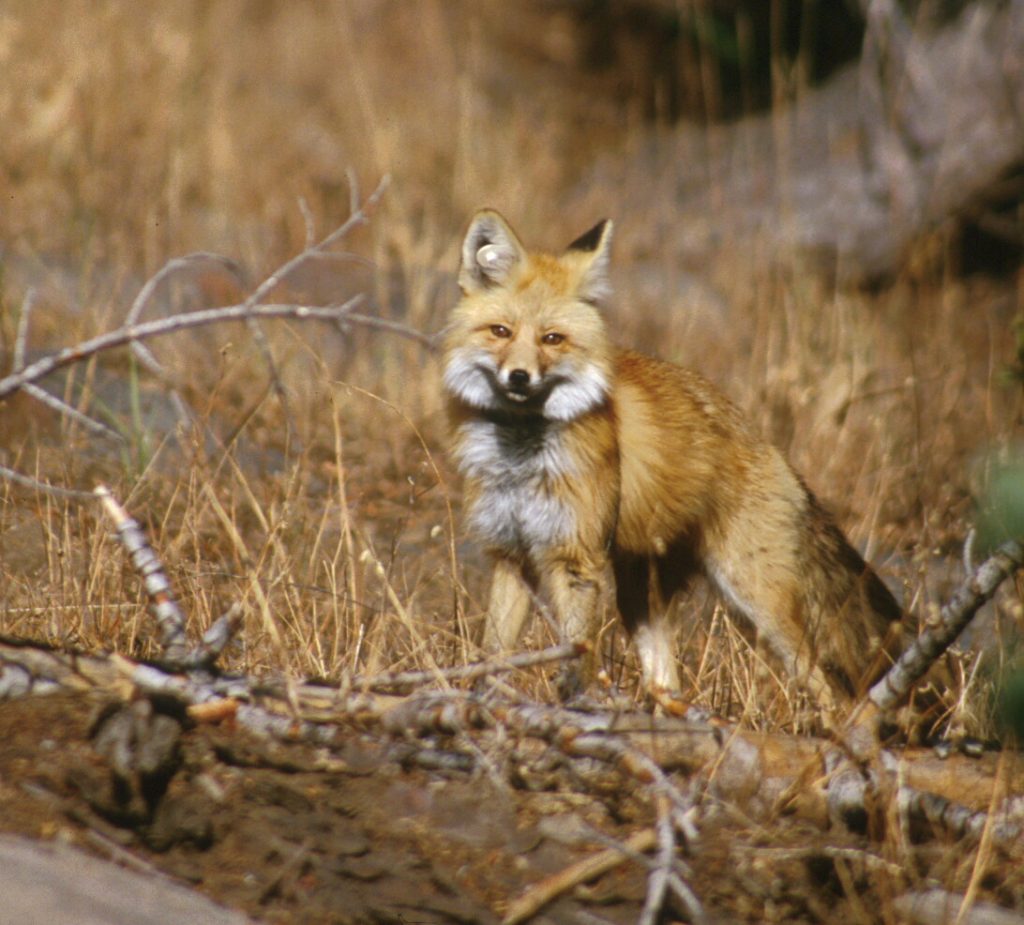 When life gives you lemons, you make lemonade. But what do you make when life gives you an unexpected immigration and outbreeding event in the middle of your long-term non-invasive genetic sampling of a red fox population that was previously believed to have died out?

It turns out that the answer is to make a fascinatingly informative study of inbreeding depression and projected demographics for a population where that type of work would otherwise have been impractical and inaccessible.

Like any good story, the tale of the sub-alpine Sierra Nevada red fox population is replete with complex dynamics, uncertainty, plot twists, and ultimately, triumph (hopefully—but more on that later).

It all started in 2010 when photographs combined with mitochondrial (mtDNA) sequencing and microsatellite genotyping uncovered the presence of a small population of sub-alpine Sierra Nevada red fox which had previously been believed to have died out in the 1990s (Statham et al. 2012). From there, a team of California-based scientists made quick work of hiking ridgelines for “intensive scat searches” and collecting other bodily clues (e.g., urine, hair, carrion tissue) to unravel the genetic story of this population in a noninvasive way (Quinn et al. 2019).

The story hidden within the mitochondrial CO1 sequences, microsatellite genotypes, and an informative single nucleotide polymorphism revealed a bleak beginning to this new chapter for the Sierra Nevada red fox. The dangerously small population of inbred foxes had lost genetic diversity as time and space had separated the population from its historical range (Quinn et al. 2019). Perhaps even more concerning was the fact that the population appeared to have stagnated with no reproduction observed in two years.

The story was sad and seemingly hopeless … until it wasn’t. In a twist of fate, the heroes of our story unexpectedly arrived. In 2012, two males from the Great Basin red fox population appeared from over 200km away. As time went on, a third hero joined the first two. Since their arrival, sustained noninvasive genetic sampling has shown an increase in reproductive success, population size, and genetic diversity for the Sierra Nevada red fox (Quinn et al. 2019, Figure 1).

Although the story of the Sierra Nevada red fox has taken a positive turn, it is important to keep in mind that the population is still small (~20 individuals as of 2017) and uncertainty remains regarding the introduction of potentially harmful or deleterious alleles from the Great Basin immigrants (Quinn et al. 2019). In the face of uncertainty and challenges, hopefulness persists in the fact that the final chapter of the Sierra Nevada red fox has yet to be written. Michelle Curtis previously contributed to the Molecular Ecologist blog for Dr. Stacy Krueger-Hadfield’s Molecular Genetics course at the University of Alabama at Birmingham. Michelle’s love of learning about science and sharing that exciting information with others made the decision to take on this blog post an easy one! She finds marine invertebrates fascinating and is currently working in Dr. Jim McClintock’s lab towards better understanding population dynamics and microbiome structure of five-armed Luidia sea stars in the northern Gulf of Mexico. She looks forward to continuing to contribute to our understanding of how marine invertebrates relate to each other and how that might change as climate change continues to alter their environment.