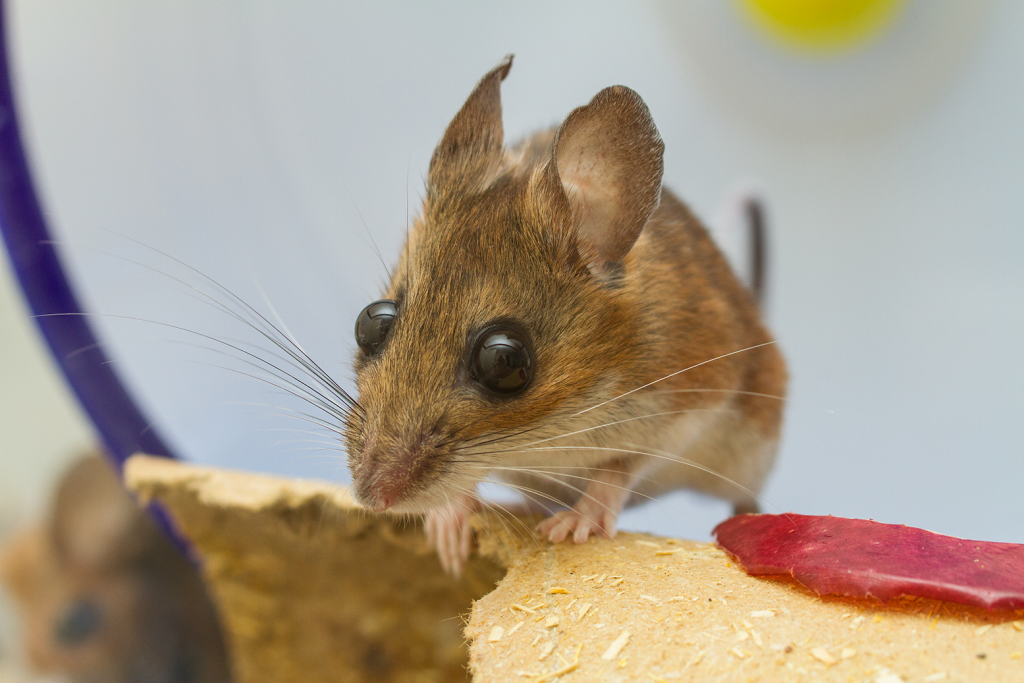 Adapting to temperature is critical for any organism. Thus, many mammals, especially small, temperature-sensitive ones, have adaptations allowing them to modulate their metabolisms to adapt to their local winter temperatures, at an energetic cost (Chappell, 1980; Garcia-Elfring, Barrett, & Millien, 2019; Geiser & Ruf, 1995).

The optimal metabolic modulation could be very precise, and would certainly vary by region. Many small mammals occupy wide ranges, in which different latitudes or localities may create a diverse array of optimal metabolic responses (Garcia-Elfring et al., 2019). Thus, with modern population genetic methods available, some researchers are interested in learning more about the selection dynamics of regional climate adaptations in small mammals.

Such is the case with Garcia-Elfring, Barrett, & Millien (2019), who examined the white-footed mouse (Peromyscus leucopus) in Southern Quebec, on both sides of the St. Lawrence River, previously established as a barrier to migration in the species (Figure 1; Fiset, Tessier, Millien, & Lapointe, 2015). These sites represent a relatively narrow range in latitude (from 45.06 to 46.3 degrees) and average winter temperature range (with the coldest ranging from -14 to -3.4 degrees Celsius and the warmest ranging from -11 to 0.1; Garcia-Elfring et al., 2019).

This isn’t a huge range, so if the authors find alleles that are influenced by this small change, this narrowness makes the study more impactful. After all, the white-footed mouse is found all the way into Mexico (Reduker, Hertel, & Duszynski, 1985). If it’s experiencing selection on its metabolic processes from 1.3 degrees of latitude, the full range of metabolic adaptations in the species must be impressive indeed.

And find alleles they did!

Genetically, mice from each sampling site clustered together, even when only looking at mice from one side of the river (Garcia-Elfring et al., 2019). All well and good, but do these genetic differences relate to climate adaptation?

The study identified seven alleles as outliers that correlated especially strongly with latitude on both sides of the river, then compared the two sides, finding that two of these alleles correlate with latitude in the same direction in both cases. One gene was involved in iron homeostasis, and the other had no established function (Garcia-Elfring et al., 2019).

As for the significant-but-non-outlier genes, gene ontology analysis showed them to be enriched for functions including histone modification, Calcium and glycogen balance, and cell division, all of which could plausibly relate to seasonal temperature response (Garcia-Elfring et al., 2019).

What really impressed me about this study was the fact that they found significant allelic differences correlated with latitude across this fairly small latitude and temperature ranges. Again, the white-footed mouse is a very broad-ranging species. If just this relatively narrow latitude gradient creates different selection pressures, imagine the level of difference between a white-footed mouse population in Canada and one on the southern tip of Mexico! Sam Gregory wrote this post as a project for Dr. Stacy Krueger-Hadfield’s Evolution course at the University of Alabama at Birmingham. Sam earned a BS in biology and BFA in studio art from Birmingham-Southern College, and is currently pursuing an MS in Biology at UAB. He is fascinated by Alabama’s diverse ecosystems, particularly the currently-threatened arthropod communities that serve a foundational role in these systems. Since starting graduate school, he has focused on studying both ecological systems and molecular techniques in order to equip himself for future research.