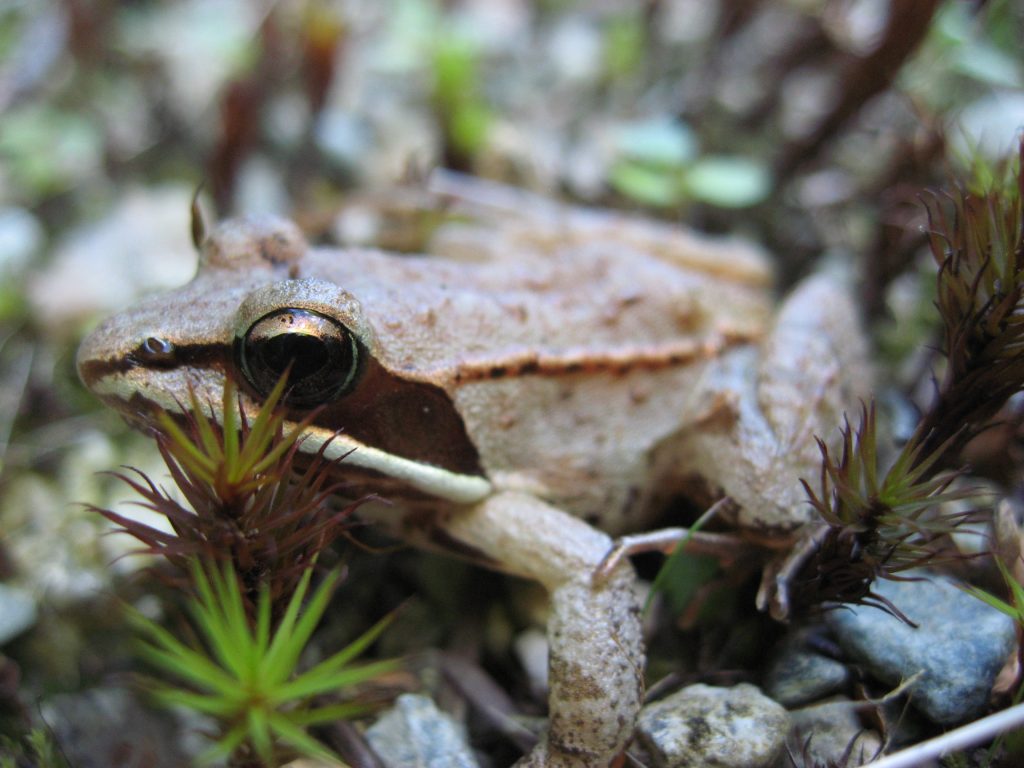 Humans have fundamentally altered their surroundings for a looooong time.

With increasing urbanization worldwide, we need to better understand the consequences of suburbia in order to manage particularly vulnerable species.

Though wood frogs are found throughout North America, loss of habitat and suburban development have put them on the IUCN’s species of special concern list in some areas (IUCN 2015). Wood frogs control insect populations and are pretty severely affected by people (Kiehl 2015). Furthermore, wood frogs have small ranges and high rates of philopatry, in which they tend to return to a particular area.

Homola and colleagues (2019) examined the consequences of urbanization on allele frequencies. They tested two hypotheses: (1) genome-wide diversity is less in urban populations of wood frogs and (2) selection associated with urbanization will be detectable.

Thirty-seven outlier loci were identified. Using these loci, there was a clear separation of individuals to rural and urban groups (Figure 2). Furthermore, there was a clear shift in loci with particular alleles that were likely under selection in urban populations, shown in Figure 3d.

Overall, Homola and colleagues (2019) found evidence of parallel directional selection at urban sites, as well as reduced genetic diversity in urban populations (though there was more diversity present than initially thought).

The short answer to the question of where wood frogs go when there’s no wood is … nowhere. Wood frogs stay where they are, and certain traits that are advantageous in an urban environment appear to be under selection, but regarding longer term effects, more studies are needed. Elise Keister has previously written blog posts in Dr. Stacy Krueger-Hadfield’s Conservation Genetics and Science Communication courses at the University of Alabama at Birmingham. Elise really enjoys writing about science, so she jumped at the opportunity to continue writing when Dr. Krueger-Hadfield presented this opportunity! She studies the impact of high temperature on corals as a Ph.D. student in Dr. Dustin Kemp’s lab. Elise completed a B.S. in Biology and Marine Science at the University of Miami’s Rosenstiel School of Marine and Atmospheric Science and is passionate about working with these susceptible invertebrates, especially because of the foundational role these animals play in coral reef ecosystems. She hopes to assist in determining resistance and recovery mechanisms that coral populations are already utilizing to withstand thermal stress, as prolonged periods of high temperatures will only become more common in the decades to come. Elise tweets at @elise_keister.