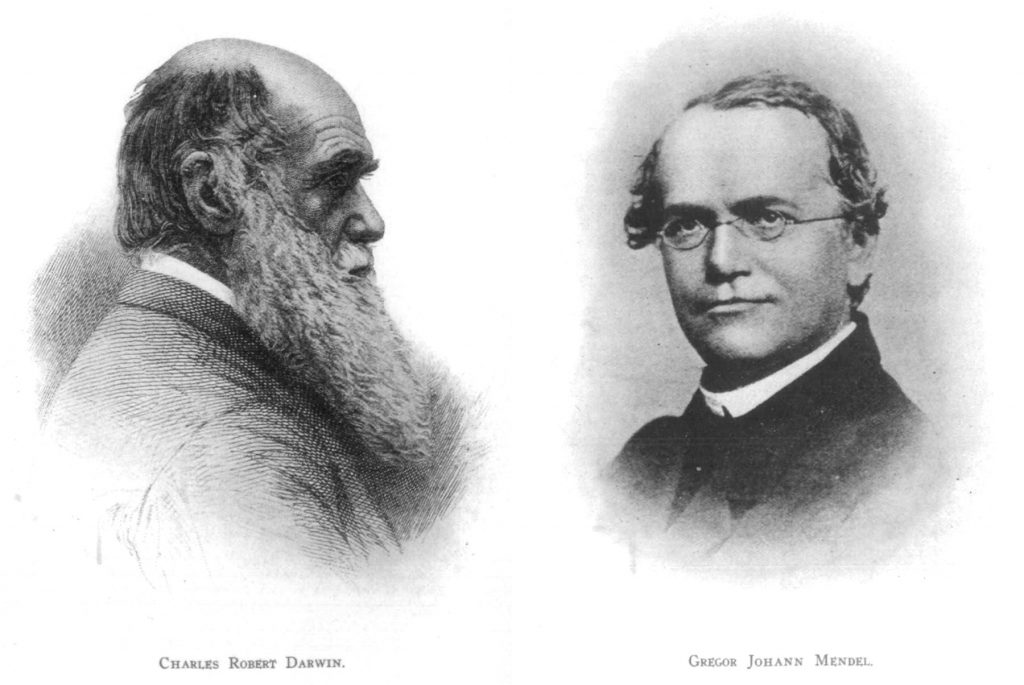 Today is Darwin Day! Charles Darwin was born on February 12, 1809. In 1859, he published On the Origin of Species, forever changing how we view the world.

On the cover of that first issue in 1910 were two familiar faces: Charles Darwin and Gregor Mendel. Articles in the first issue were mostly about breeding—crossing varieties of lettuce, the history of south Australian poultry, experiences in raising Virginia deer.

Now, 109 years later, the Journal of Heredity is the longest continuously published journal devoted to genetics. We publish organismal research in areas of interest to the genetics and genomics community. Our most recent issue details the unique relationship between certain species of cactus, yeast, and Drosophila. Our Editor’s Choice article in previous issue provides important insights into population-model assumptions when estimating evolutionary parameters for long-lived, free-ranging species, using data from black bears. Like all of our Editor’s Choice articles, the paper is freely available to read and download.

In this blog, you can expect to learn even more about organismal genetics and genomics, with particular emphasis on conservation, biodiversity, and populations. You can expect to learn about the science, the people behind it, and what it means for the world. Keep your eyes peeled for more soon.

Have something you’d like us to cover? A person you’d like to hear about, a topic that just won’t leave your mind? Send your suggestions to theaga@theaga.org.